The Republican Party of Texas is uniquely grassroots-driven. People just like you all across Texas are the ones who set our framework and shape our policy goals. And it’s also people just like you who help put that policy into action in countless ways. One of the ways you can help implement conservative policy is by becoming an officeholder. If you’re interested in running for office but aren’t sure where to start, check out our new page to give you the deadlines, eligibility requirements, forms, and potential costs associated with candidacy. The filing period is November 11th-December 11th; candidates must file to run for office within that timeframe.

Monday evening I spoke at the Republicans United for Texas Fall Fest in Caldwell (Burleson County). While there I saw Rep. Leighton Schubert, County Chair Cecil Duke, and many local elected officials. It was inspiring to learn that Burleson County elected their first Republican officeholder only 15 years ago. Now, due to their hard work, every officeholder in the county is a Republican and the party is thriving. I’d like to give a special “thank you” to the fantastic high school Republicans who served our dinner!

On Tuesday, I traveled to Washington, D.C. for a event to raise funds for our party from DC-based supporters. Senators John Cornyn and Ted Cruz were our special guests, and many members of the Texas Congressional Delegation joined us for the evening. It was a privilege to visit with them, and I am grateful for the time they invested to make the fundraiser a success. As we look to grow the party we are particularly fortunate that the event kicked off a relationship for the RPT with multiple first-time donors. I appreciate RPT Executive Director Kyle Whatley joining me for this important effort to broaden the party’s base of support.

A personal treat for me at the event was the chance to spend time again with former RPT Chairman Steve Munisteri and Mississippi RNC National Committeeman Henry Barbour. We appreciate them taking the time from their busy schedules to attend. 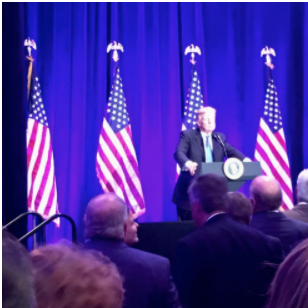 On Wednesday, I joined President Trump and the RNC for a reception in Dallas. The President spoke about his administration’s work to fight for tax cuts, eliminate regulations, and speed up approvals in order to allow the Texas economy to continue to thrive. While in Dallas, I also visited with several RPT donors and began the process of building new relationships with interested potential supporters.

Last week also brought the news of significant changes within the Texas House of Representatives. We will continue to work with Speaker Straus and Lieutenant Governor Patrick on the interim charges throughout the remainder of this term. We will also work with House members who support the process that ensures Texas House leadership is selected by the Republican members. So far every Representative I have spoken with fully supports that goal, and I am glad they are in sync and listening to Texas voters and the RPT Platform on this critical issue.

November 4th is a National Day of Action for Republicans across the country, as declared by RNC Chairwoman Ronna McDaniel, and the Texas field team is doing its part to get in on the action! Currently, their focus is on recruiting and training activists to be helpful to every Republican on the ballot next year. To that end, trainings are scheduled in Corpus Christi, Dallas, Houston, and San Marcos. Field staff have been instrumental in developing Republican partners for trainings, recruiting, and logistics. If you would like to attend or receive more information, please contact RNC State Director Kristy Wilkinson KWilkinson@gop.com 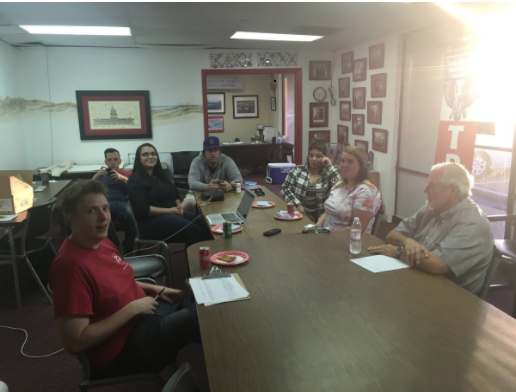 We continue work on voter contact and outreach centered around tax reform, which is now at a critical stage in the legislative process after Texas Congressman Kevin Brady, Chairman of the House Ways & Means Committee, cleared the way for a tax reform bill to be introduced November 1st. To date, over 1500 Texans have signed their names to a tax reform petition, over 450 have met to discuss tax reform with a Regional Field Director, and our staff has completed around 75 house meetings across the state.

Our Advancement Committee met by telephone last week and voted to approve an online form so that any Texas Republican who has an idea of how to make our party better can submit that idea for consideration. I strongly believe that collaboration and a wider intake of ideas and advice will lead to better processes for our party, and I’m excited that the Advancement Committee is making it so much easier for us to receive input from Republicans all across Texas. If you’d like to suggest an idea or a better method for us, please do so here.

The Officials Committee of the SREC (State Republican Executive Committee) will meet three times in November to discuss the 2018 budget. These meetings will be open (not in executive session), and I am eager to facilitate a structured conversation so the SREC can be confident and well-informed when they approve a budget at our December SREC meeting.

Nov. 11: Candidate filing period begins! Learn how you can run for office.

Be sure to vote on the Constitutional Amendments, bonds, and other items in early voting or on Election Day, Nov. 7 — join the facebook event page!