News, Updates from the Chairman

The Republican Party of Texas is excited to announce two new additions to the team: Joel James as DFW Regional Field Director and Spencer Davis as Data Director.

Joel James is a native of Georgia and began his career with the Republican Party of Georgia in 2016 to help elect President Donald Trump. After the campaign, Joel was field staff for Congresswoman Karen Handel’s successful bid to fill Secretary Tom Price’s vacated seat. Joel also worked for a governmental affairs group in Atlanta and directed social media strategy for National Diversity Coalition for Donald Trump.

Spencer Davis is a recent graduate of Texas A&M University where he earned a degree in finance. While at A&M, Spencer served in the Student Government Association as Vice President of Municipal Affairs. In the 2016 election cycle, he led data analytics and get-out-the-vote efforts resulting in record-setting registration and new voter numbers for Brazos County. Previously, Spencer interned with the U.S. Embassy in London, Senator John Cornyn in DC, and a Government Affairs firm.

“We are thrilled to add Joel and Spencer to the Republican Party of Texas team. Both have been hard-working volunteers, operatives and advocates in the Republican Party, actively engaging in the election process. These two join our exceptional political team and will help lead the fight to keep Texas red in 2018.” 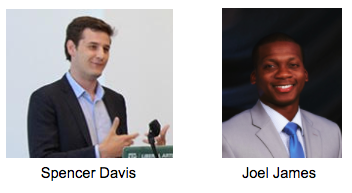