Cloud Sworn In As Congressman 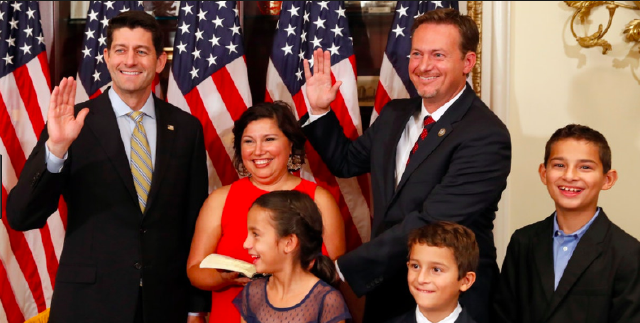 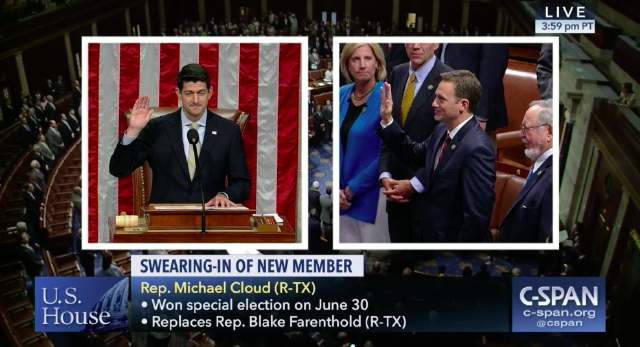 “We are incredibly impressed by Congressman Cloud’s three victories since this March in his mission to serve the people of Texas in Congressional District 27,” said Republican Party of Texas Chairman James Dickey.

“Thanks to his exemplary performance in the special election, Congressman Cloud is already in office and prepared to serve the people of his district, which is especially critical as we are in the midst of hurricane season. We are proud of his June victory and look forward to helping Congressman Cloud to his fourth victory as he works to earn a full term this November. Congratulations, Congressman!”