Houston, We Have a Problem

And her name is Democrat Rep. Sheila Jackson Lee.  She hails from Texas Congressional District 18 – Houston.  And she thinks that North and South Vietnam are living in peace, side by side, because we won that war.  Click on the image to roll the video tape. 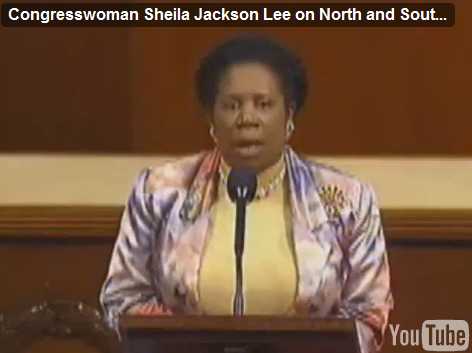 This is the same Democrat who was caught chatting on her cell phone while voters tried to ask her about Obamacare.

Let’s send Republican John Faulk to Congress to replace Jackson Lee.  He’s a solid, constitutional conservative.  He’ll stand up for Texas in Washington.  He…won’t give speeches like this one.

Out in the west Texas 23rd Congressional District, the Democrats have a different problem.  His name is Rep. Ciro Rodriguez, and he has an anger management issue.  Click on the image to roll the video tape. 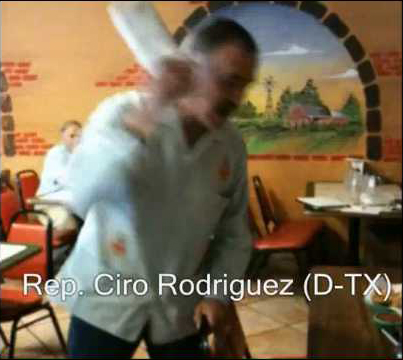 Behind these two seemingly disconnected events is a common theme: The Democrats are clueless and desperate.  At a time when America needs strong leadership, and at a time when Texans need serious representatives to stand for us in Washington, this is the kind of representation Democrats offer.

It’s the kind of representation we should replace in November.  Please send these videos to your friends and neighbors in Districts 18 and 23, so that the voters there will know about them.

Ciro Rodriguez’s Republican opponent is Franciso “Quico” Canseco.  Mr. Canseco is a great conservative Republican who will represent the 23rd District with honor, and he’ll fight for Texas values.  He is running a brilliant campaign, and deserves your support.

Even if you don’t live in the 18th or 23rd Districts, you can help by donating to their campaigns, by donating to the Republican Party of Texas, and by joining our new statewide activist network, the Texas Trailblazers, which hundreds of concerned Texans like you have already joined.