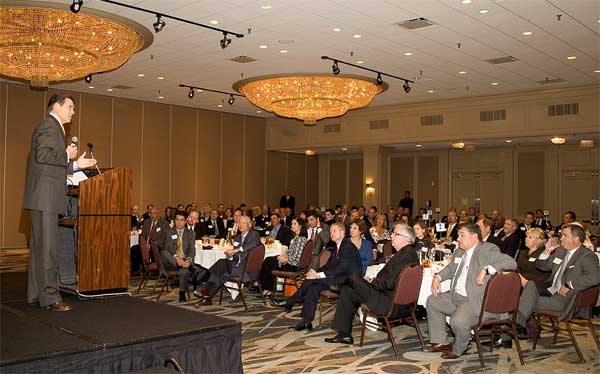 Chairman Munisteri spoke briefly regarding the important work of the Victory outreach before introducing Comptroller Combs. During her remarks, Combs gave a detailed update on the various volunteer efforts of Victory, highlighting the physical and online phone banks that are being used to provide opportunities for Republican volunteers to activate across the State, and also the three “Super Saturday” block walks and phone banks that will lead up and into early voting this October.

Comptroller Combs than introduced Texas Governor Rick Perry, who energized the overflow crowd with details regarding the overall economic environment of Texas. As has been widely reported over the past several weeks and months, the Lone Star State continues to lead the way for all other states in this tough economy with: more jobs created in Texas than all other states combined, more Fortune 1000 companies than any other state, and across the board #1 rankings for sound, fiscally responsible government.

Throughout the state, Victory Texas 2010 has partnered with allies and individual campaigns to set-up volunteer and communication structures focused on achieving victory in November. Through targeted outreach, recruitment, and methods of voter turnout using both cutting edge and traditional methods, Victory Texas 2010 emphasizes the RPT’s commitment to providing a program for the backbone of the Texas Republican grassroots efforts in this election cycle.