“It’s time for Texas to recognize Constitutional Carry. The Republican Party of Texas stands for the uninfringed right of the people to keep and bear arms, knowing that this makes all of us more secure in a world where people would do harm to others, and that this is the right by which all other rights are protected. “

“So here’s the thing: Vermont has had constitutional carry for years with no issues. They actually adhere to the words of our Second Amendment. Why is it then that some Texas legislators don’t support it? Do they somehow feel that their Texas constituents are less worthy? More inherently violent? VERMONT for heaven’s sake! I would think that any senator or representative that is against this would have some explaining to do to his/her constituency!

I personally believe that the current system is just a sneaky end-run way of keeping and making a list. A de facto registration.” 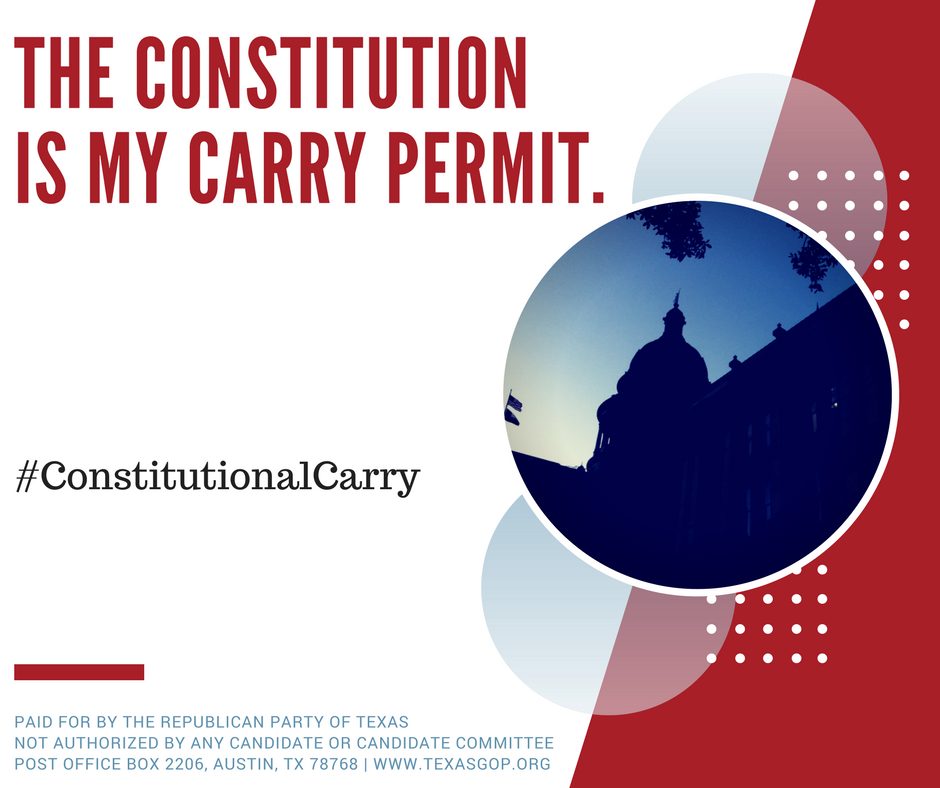 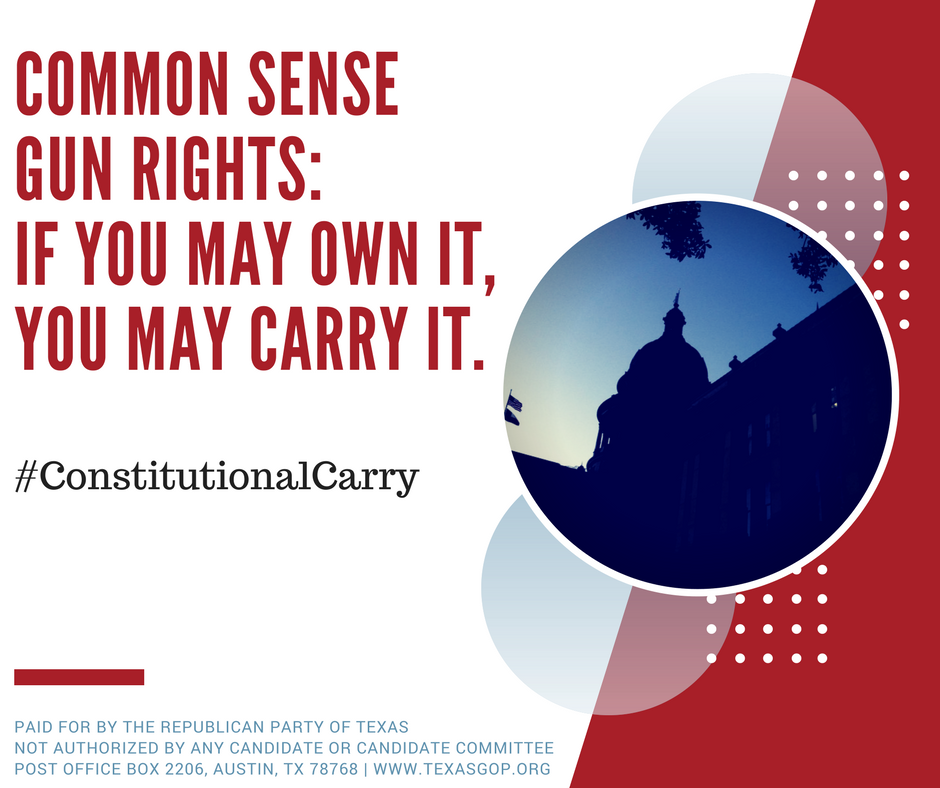 Texas Should Take The Lead

Texas prides itself on being a leader in almost every area, but in the area of law-abiding citizens being able to carry their firearms without a permit, Texas is trailing behind a majority of states.

I do not believe the right to defend yourself, your family, and your property should not be contingent upon the government granting you a permission slip to do so. Where stricter gun policies are in place, criminals have no lack of weapons and no qualms about using them to do people harm. Any gun control — including a permit requirement to carry a handgun — strips me as a law-abiding citizen of my ability to freely take responsibility for my safety. It hinders the exercise of our right to self-defense and the defense of others.

Constitutional Carry means simply that we recognize the Constitution as our permit to carry. It means that those who may already own a handgun and carry it in their homes and cars may step outside of their property lines and vehicles without obtaining a permit. Leaving the government out of the permission process makes us a safer society and is foundational to protecting every other right.