Congratulations to Rep.-Elect John Kuempel on His Special Election Victory 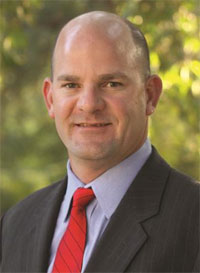 After the overwhelming victory by John Kuempel of Seguin, in Tuesday’s special election in House District 44, Chairman Steve Munisteri issued the following statement. “On behalf of the Republican Party of Texas, I heartily congratulate John Kuempel on his overwhelming victory, and officially welcome him as our newest Republican State Representative! John’s election to the State Legislature is a strong testament to the legacy and patriotism of the entire Kuempel family, and I look forward to establishing a new friendship with him, much as I enjoyed with his father Edmund. It is my hope that we can work together to build a stronger Texas and to continue the growth of the RPT throughout the state.”

“I would also like to salute all of the other Republican candidates who showed their willingness to serve Texas by running for this seat. There are many opportunities where the Republican Party can work with and through you to advance our shared principles, and we thank you for your leadership.”

“Special recognition goes out to the entire campaign team who made John’s victory such a success, including his mother, Birdie, his wife Michelle and their twin boys Sam and Will, and also to Keats Norfleet of the Eppstein Group for overseeing a quick and efficient campaign organization.”