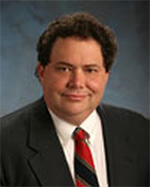 I heartily congratulate Congressman-Elect Blake Farenthold on his tremendous victory, and am very glad that this recount upheld a solid win for his campaign. This is a historic race in many respects, not the least of which is the opportunity that Republicans have to continue building our outreach and growth into South Texas. Through the Farenthold campaign, tens of thousands of Republicans in South Texas have earned a success that has been many years in the making, and today we celebrate their victory again.

For all the hard work that went into this campaign, we would like to recognize many people. Foremost, we salute the Farenthold family, including Blake’s wife Debbie, and their daughters Morgan and Amanda. Special thanks go out to the Farenthold campaign consultant Steve Ray, for his vision and expertise in dedicating the past months and years into making headway for Republican candidates throughout South Texas. Also, the Farenthold campaign manager Wendy Herman, for steady leadership throughout a long election battle that ended up going into extra innings!

On behalf of all Texas Republicans, we salute all Republicans of Congressional District 27 for persevering through many lean years and for the many volunteers who came out in force for this year’s historic victories.

Particularly, we recognize the Republican Party of Nueces County, and the outstanding work they have accomplished. Under the leadership of county chairman Kimberly Curtis, this Hispanic majority county has turned solidly red! The Republican Party has found a firm foothold in Nueces – Blake Farenthold’s victory is due to his overwhelming win in Nueces, with nearly an 11 point victory over the incumbent in Ortiz’s own county! And, with the election of Raul Torres and Connie Scott, Nueces is now 100% red on the State House level as well! At the county level, Nueces County Republicans won victory in 14 of 16 races on the ballot, including three county-wide judges, and County Judge Loyd Neal was easily re-elected over his challenger.

Furthermore, there were many volunteers from the Nueces GOP who deserve our thanks. Many faces, new and old, came together to work very hard for these victories and there was tremendous cooperation between all of our Republicans – a true testament to how far the Nueces County GOP has come in so short a time, and how much potential exists for the future! Many of these same volunteers went above and beyond the call to be available to help during the recount, to work in cooperation with the NRCC. Everything went very smoothly and accurately during this process, and we thank all who participated.

It is a great day to be a Texas Republican, and we congratulate all of you on these wins!