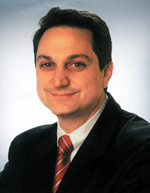 Tomorrow marks the four month mark in my Chairmanship and the pace has not let up since our last report. To the contrary, it is fast and furious around the RPT headquarters as we get ready for early voting in the November election, which starts one week from today.

Catching up since my last report, I spent the better part of the week of September 20th preparing for our first quarterly State Republican Executive Committee meeting since the convention. There was a considerable amount of time spent preparing a detailed slide presentation for the SREC which gave them a complete overview of our financial situation, our organizational efforts, our staff reorganization and suggested goals for the future. I made a decision to not present any of this information in executive session, as has been the practice in the past. Rather, I decided it would be best to allow any Republican delegate, precinct chair, activist, etc., the opportunity to be present as we discussed what the financial condition of the party was as of the time of my election, and what it is today. 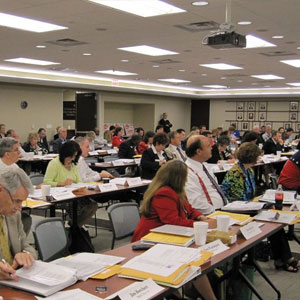 I reported to the SREC that the best estimate of our debt as of June 18, 2010, was $680,835. Also reported was that the monthly budget projected for July without the elimination of several staff positions (as well as other cuts), was expected to be $142,525. The approximate revenue from the normal source of funding, telemarketing and phones for July was approximately $42,000. Thus, we were facing approximately a $100,000 shortfall. We provided a detailed breakdown of the $142,525 for the SREC, as well as presenting this information publicly on big screens for all interested Republicans in attendance. I also outlined initial budget cuts that were made, totaling $37,000 a month, and projected to save $440,000 per year.

We have currently been able to add back two of the staff positions, so that now our budget is approximately $372,000 per annum less then when I walked in the door. I also presented a plan to the SREC to eliminate all debt within 1 year, build a cash reserve, and pay for all our overhead. This plan called for an annual budget netting out the cost of fundraising of approximately $1.2 million per year, and paying off the past debt of $680,000. To do this, we outlined goals of raising $700,000 through direct mail and telemarketing, $300,000 from fundraisers, $600,000 from individuals, $180,000 from Debt Busters, and $100,000 from existing cash reserves.

I also presented a revised new budget, which totaled approximately $100,000 per month. We reported that we had already received pledges of $529,000 toward our $600,000 goal for individual pledges, had received DebtBusters pledges of $264,100 to date, and that we had raised a total of $180,000 from our fundraisers. Thus, we are already very close to meeting the annual goals for the debt reduction plan. I reported that our total debt as of September 24th was $275,787. (As of Friday, October 8th – this number had been further reduced to $220,000, and we can earn another discount of $30,000 if we pay off the remainder by December 31st, so therefore, we only need to pay off another $192,000 of bills out of the original $680,000. I also reported that we had a cash balance in excess of our current debt, so that the Republican Party of Texas remains financially solvent.)

Moreover, our DebtBusters committee which is comprised of 60 House Republicans and was spearheaded by State Rep. Jim Keffer, has already obtained $264,100 of specific pledges of their $350,000 goal. Of this, approximately $160,000 has already been collected. The remaining pledges of DebtBusters, once collected, will reduce our debt down to $88,000. It is hoped that the DebtBusters committee will be able to retain the remaining $88,000 to completely pay off our debt by December 31st, but failing that, I am optimistic that I can raise the funds from other sources. Consequently I reported to the SREC, that I am confident of reaching a new goal of paying off all RPT debt by December 31st, 2010.

Bill Crocker and Borah Van Dormolen reported on the Republican National Committee. Bill also gave a report at my request, on his efforts to preserve Texas as a more important player in the upcoming presidential contest of 2012. Bill already eloquently presented a proposal to the RNC to allow Texas more flexibility in holding its presidential primary, but we narrowly lost at the last RNC meeting. Consequently, I’ve asked Bill to head an informal committee to look at Texas’ options at becoming a bigger player in 2012, including the feasibility and consequences of moving up the Texas primary and/or holding a straw poll.

I announced the appointment of Patrick O’Daniel as legal counsel, Eric Opiela as assistant legal counsel, Tom Mechler as treasurer, Tom Washington as assistant treasurer, Nelda Epps as Sergeant-at-Arms, and Bob Long as Chaplain. Legal counsel and treasurer appointments had to be approved by the SREC, and the majority of the SREC voted for their ratification. Nelda Epps and Bob Long’s appointments did not need to be ratified. Butch Davis had previously been appointed parliamentarian, which also did not need ratification. Finance Chairman is still an open position. During the meeting our new Treasurer, Tom Mechler and Assistant Treasurer Tom Washington, provided a detailed convention audit, as well as spreadsheets revealing our expenditures and revenue through July. 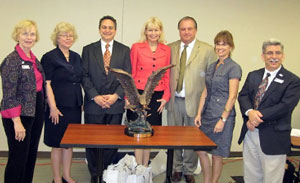 Steve Findley made an impressive presentation as to the status and activities of the Candidate Resources Committee, of which he is Chairman. Steve reported that the CRC raised approximately $129,000, and that money has now been distributed by way of grants. Steve also presented Sen. Jane Nelson with an Eagle award for her help with the committee, including her personal pledge of $10,000. Steve, in my opinion, has done a fabulous job with the CRC, and has our sincerest thanks. 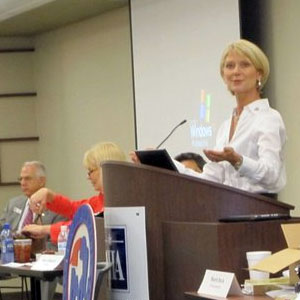 Railroad Commissioner Elizabeth Ames Jones sponsored the meeting, and stopped by to speak with the SREC during our lunch break. Our thanks to Commissioner Jones!

There were several resolutions honoring different Republican activists which were passed. In addition, a resolution by Jason Moore was passed, urging Republican unity.

The next SREC meeting will be December 3-4 in Austin.

During the week of the SREC meeting I also had an opportunity to visit with Karen Hughes, former Executive Director of the RPT, as part of my effort to “pick the brains” of past Executive Directors and Chairmen. She is the fourth previous Executive Director I have met with, and her advice was very helpful. Also, the day before the SREC meeting, I hosted a fundraiser in Fort Worth at which Governor Rick Perry was the featured guest. The event was hosted by Dee Kelly, Sr., Dee Kelly, Jr., Neal Adams, Sen. Jane Nelson, Rep. Kelly Hancock, Rep. Vicki Truitt, and Rep. Charlie Geren. The Governor was at his best, giving an impassioned speech and the RPT is very thankful for his help in raising money, especially during the election. Governor Perry has also graciously offered to do another fundraiser for us after the election.

The following week, we held a staff meeting to review our progress on the Grassroots Club, Trailblazers program, strike forces, youth effort, outreach, and specific targeted legislative races. The Grassroots Club was launched and is currently up and running – if you haven’t joined, please do so by visiting www.GrassrootsClub.com. I believe that the Grassroots Club is crucial to our long-term goal of raising money in an efficient way from the grassroots while alleviating dependency on large donors. 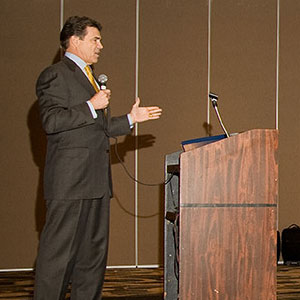 Wednesday, September 29th, we had a Victory rally and fundraiser in Houston, at which all our statewide candidates appeared. I was the emcee and the event was very successful. Susan Combs introduced Governor Perry, and the Governor gave another rousing speech.

On Tuesday, October 5th, we had a statewide teleconference with County Chairs to review our block-by-block efforts. We are planning to have three blockwalks the weekends of October 16-17, October 23-24, and October 30-31. If you would like to participate, please contact Travis Griffin at RPT headquarters – 512-477-9821. Josh Perry, who was our field director, has left RPT after he was offered a more lucrative position in the private sector, so Travis will be assuming the direction of the Trailblazers program.

In order to ensure that we bolster turnout efforts, the RPT has added some temporary additional staff members. We have added Chris Turner who will be working in the Harris County area, and reporting to Travis Griffin. We have also added Nick Carona, who will be working part time out of the RPT headquarters in Austin. We are considering adding a third person to be on call, and to travel where needed. 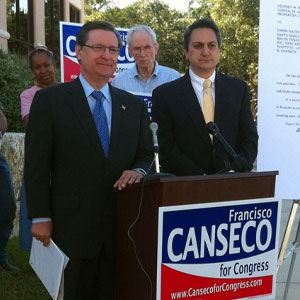 Last week, we also worked on putting up new attack websites, including RetireCarolKent.com and MadAtMoody.com. We already had three existing sites, DoneWithDunnam.com, KristiWorksForACORN.com, and TheRoseRecord.com. I also made two campaign appearances – one for Jack O’Connor in Houston, and another for Francisco Canseco in San Antonio. The Canseco appearance was in conjunction with the second stop of our Texas Truth Tour – a series of press conferences we are holding around the state to set the record straight for Democrats who are either making false claims about themselves (such as their residency) or making false attacks on our Republican candidates (such as the attacks leveled against Canseco in TV advertising by Ciro Rodriguez.) The Canseco press conference received television, radio and newspaper coverage, and was very successful.

We were all very excited to receive the first copies of The New Texas Forum, hot off the presses from our Youth Outreach Director Austen Bailey on Thursday! The first edition looks fantastic, and is already out for distribution across the University of Texas campus. The next editions will expand to other college campuses around the state. I finished out last week by debating Martin Frost on Friday and the debate was aired Sunday in WFAA in Dallas. If you are interested in viewing the debate, you can pull it up on the WFAA website.

Tonight, I am off to Corsicana to speak to the Corsicana GOP Executive Committee meeting, and then will be traveling to Tarrant County to meet with Republican leadership there on my way to Granbury, to keynote Sen. Brian Birdwell’s fundraiser tomorrow night.

We are heading in to the final stretch of the campaign, and in reality the election has already begun with mail in ballots already arriving. Next Monday marks another critical point in the campaign, as early voting begins across the state. All of our polls are showing that we are poised to make significant gains in the Texas House of Representatives, as well as showing that Bill Flores and Quico Canseco are in the lead in their Congressional races, and that we are competitive in several others.

It is VERY important that everybody get out this weekend and blockwalk, as these races could be very close. We currently believe that there are eight Democrat incumbents in the Texas House, that are very vulnerable, and there is another 11 seats where our candidate has a significant chance. A little extra effort on everyone’s part could be the difference between having a Texas House majority in the low 80’s, and having one in the high 80’s. The final outcome will impact redistricting, and the amount of conservative legislation that we can get passed next session. That is why your help at this time is so crucial.

Keep Up The Fight For November!