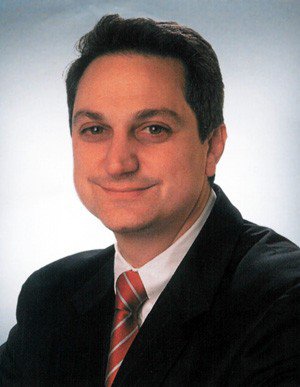 First, let me thank everybody again for the privilege and the honor of serving as your new State chairman. It is my sincere desire to do my best to fulfill every campaign promise that I made.

The first of my promises was to get to work right away, and I did so by driving down on Sunday from the Dallas State Convention to Austin and beginning work immediately. On the first day, I had an opportunity to assess the party’s financial condition, and as has already been well publicized, confirmed that we do have some very serious problems. Rather than belabor them, I would rather just tell you what I’ve been doing in the last week to solve them. It is my intention to issue regular Chairman Updates through this website, so that you can stay up to date on the Party’s progress as it occurs.

Last Monday morning, we met with TFRW and obtained their commitment to ask their membership to join our new $8.25 a month program, and then had a meeting with my RPT staff to brainstorm ways for implementation. I have already obtained bids from three companies to set up this program for us and expect a fourth bid shortly. Through this program, we believe we can reduce fundraising costs down to a range of 5 to 12 cents on the dollar, as opposed to the current system where a majority of the money goes to the fundraisers. We have already targeted 93,000 names that we plan to email, as soon as our new contribution platform is in place. The emails will cost us nothing, and recipients will be able to immediately click on to the new contribution site to sign up.

I’ve also had a chance to bring in a CPA to not only help assess our financial situation, but to make recommendations on improving our financial controls, so that once we solve the party’s financial problems, we never again let the party lapse into deficit spending.

Also last week, I had numerous fundraising meetings and made dozens of calls for immediate cash inflow, to give our new contribution program time to establish meaningful numbers. I also have an upcoming schedule filled with a large number of personal visits with potential major donors, in the hopes of obtaining further infusions of immediate cash inflow to the Party.

I am happy to report that through the writing of this update, we have obtained pledges or cash (other than from the telemarketing or direct mail) of $113,700. I’ve also received a generous commitment from Senator Kay Bailey Hutchison to host three fundraisers around the state in the upcoming months. I’ve already reached a verbal agreement with an outside fundraising company to set up these events on a turnkey basis, in a fashion that does not require the party to make a significant cash outlay.

Likewise, we are setting up a Harris County fundraiser being hosted by County Judge Ed Emmett and former State Party Finance Chair Rob Mosbacher, Jr., and co-hosted by Senator Dan Patrick, Party Treasurer Paul Bettencourt, and others TBA. I have already verbally reached terms on this event with another outside fundraiser, again providing turnkey services so as not to further drain RPT resources. We are also planning a fundraiser this fall in Dallas, for which we’ve received a tentative hosting commitment from some prominent individuals, but further details will be forthcoming as arrangements are confirmed.

Moreover, Senator John Cornyn has graciously agreed to host a fundraiser for the Party. I have personally been in contact with his staff, and we are beginning to coordinate arrangements on the event.

It is my hope, that we can raise enough money over the summer to allow the Party not only enough time to restructure its finances and fundraising models, but more importantly, to then free up my time so that we can focus in on my second goal – which is to recruit volunteers for a statewide grassroots effort in the fall. I have preliminary plans to send out a mass email requesting all party activists to sign up for blockwalking activities in the fall. I hope that the fundraising will yield us enough flexibility, so that I can add staff members to coordinate these efforts.

I also scheduled a statewide teleconference with the SREC members and State officers to provide them an initial assessment of the Party’s condition, explain my plans, and obtain input. This call is designed to fulfill one of my other campaign promises to keep our Party leadership fully informed on an ongoing basis, but also to also provide them with the information to inform you, their constituents, as to what is happening with your State Party. I ran on the promise that I would be completely transparent with our State Republican Party, and I am working hard to fulfill that promise.

Finally, I would like to ask everybody’s patience in allowing me the time to devote my full energies initially to the Party’s fiscal problems. I am very grateful for everybody’s understanding on this issue, as I am only able to accept a limited number of speaking engagements, and have limited time to communicate to people individually while my attention is focused on these very serious problems.

It is my sincere hope in the future, that once RPT is on the road to financial recovery, I can spend a far greater portion of my time communicating with you the grassroots. I do want you to know that I am working as hard and as fast as I can, and already have put in 90 hours in the first business week – but even this amount of time was inadequate to accomplish all that I was hoping to do in the first 7 days.

Thank you for your support of the Republican Party of Texas. It is an honor to serve as your Chairman, and I will continue to work hard to earn your trust.