I’d like to extend my warmest thanks and appreciation to all of you who worked hard over the past several weeks to help Republicans and Republican issues win at the ballot box in the municipal elections held last Saturday across Texas. Congratulations to all of our Republicans candidates who won seats on city councils and school boards! You, our local candidates, are the key to building our bench and keeping conservative principles implemented in government in every corner of Texas.

This past week has been full travels and of meeting wonderful people from all over Texas and beyond!

Last weekend I was pleased to attend the NRA Annual Meeting with other proud NRA members. I am not at all surprised that our great state set a new record of 87,154 attendees, and I was honored to welcome NRA to Texas when I spoke during their grassroots panel presentation. Our Operations Director Rachel Malone was one of the panelists and provided insight to the attendees on engaging more effectively with millennials and Gen Z — including through promoting constitutional carry in Texas.

Many Texas Republicans were in attendance, including SREC Committeeman Randy Dunning (SD-16) and several precinct chairs. I’d like to thank President Trump and Vice-President Pence and our great Texas Republican leadership for their presence over the weekend — including Governor Greg Abbott, US Senator Ted Cruz, US Representative Pete Sessions, and State Senator Konni Burton. I especially appreciated our President’s speech about the importance of standing up for the inalienable right of all people to defend themselves and their property.

The members adopted 6 resolutions – including one which I co-sponsored regarding the federal government not using taxpayer dollars from successful states to bail out states who have ruined their own economies:

“Resolved, Congress should pass, and the President sign, a bill providing that no debt of any Municipality or State shall ever be paid for by Federal Taxes or become the obligation of Federal Taxpayers resulting from the default, restructuring or transfer of those obligations made by them. This law should allow for, should Congress so elect to do so, the use of funds for local police, fire and other emergency personnel and equipment (to exclude pension funding) necessary to provide for the immediate security, health and safety of local citizens.”

In addition to the business, I was honored to attend special events with Lara Trump, Donald Trump, Jr., and Florida Senator Marco Rubio. And of course, I spent my spare minutes making calls our Party’s supporters to let them know about the wonderful opportunities we still have for convention sponsorships and booths!

The next RNC meeting will be held in Austin, July 18-21. See more information, including how you can attend as a guest, on our facebook event page. I hope to see many of you there! 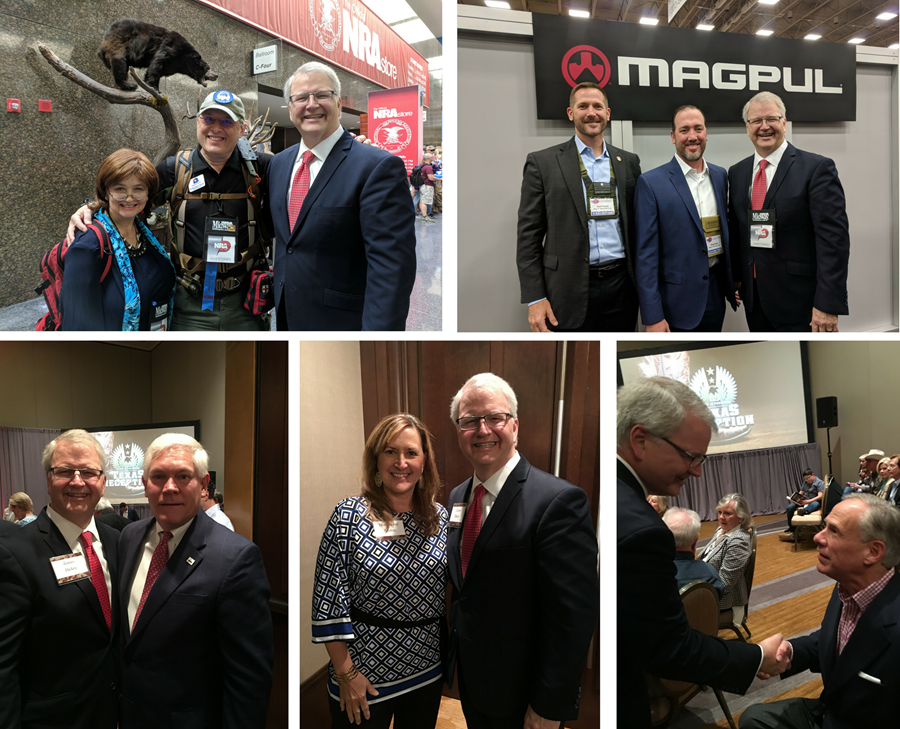 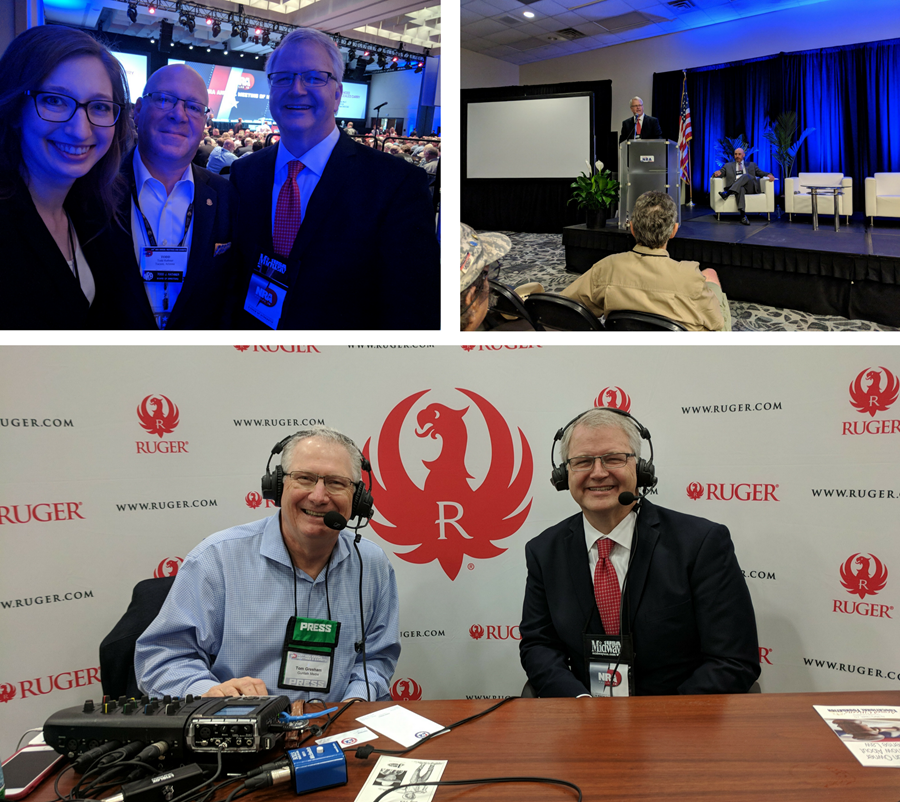 Last Saturday, May 5, our field team joined with Governor Abbott’s team and many volunteers for an outreach initiative called “These Boots Are Made For Walking.” All told, over 300 volunteers knocked on over 15,000 doors in 25 cities on that one day alone.

Our Republican leadership invested personal time and energy in the effort as well — including Harris County Chair Paul Simpson (pictured) who kicked off a Houston event, and Governor Greg Abbott, who worked with a team to knock doors and visit with voters (pictured in Dallas). Many thanks to those who joined in the gatherings across the state and the many volunteers who helped us reach this amazing goal!

This week we welcome Assistant Data Director Julian Bost (jbost@texasgop.org). Julian, a Corpus Christi native, who will work closely with Spencer Davis to better serve the data needs of our county parties and candidates. As you may have heard, our data program has grown exponentially since last summer, with users growing from the hundreds to the thousands. Please join us in welcoming Julian — and stay tuned for more information to come! 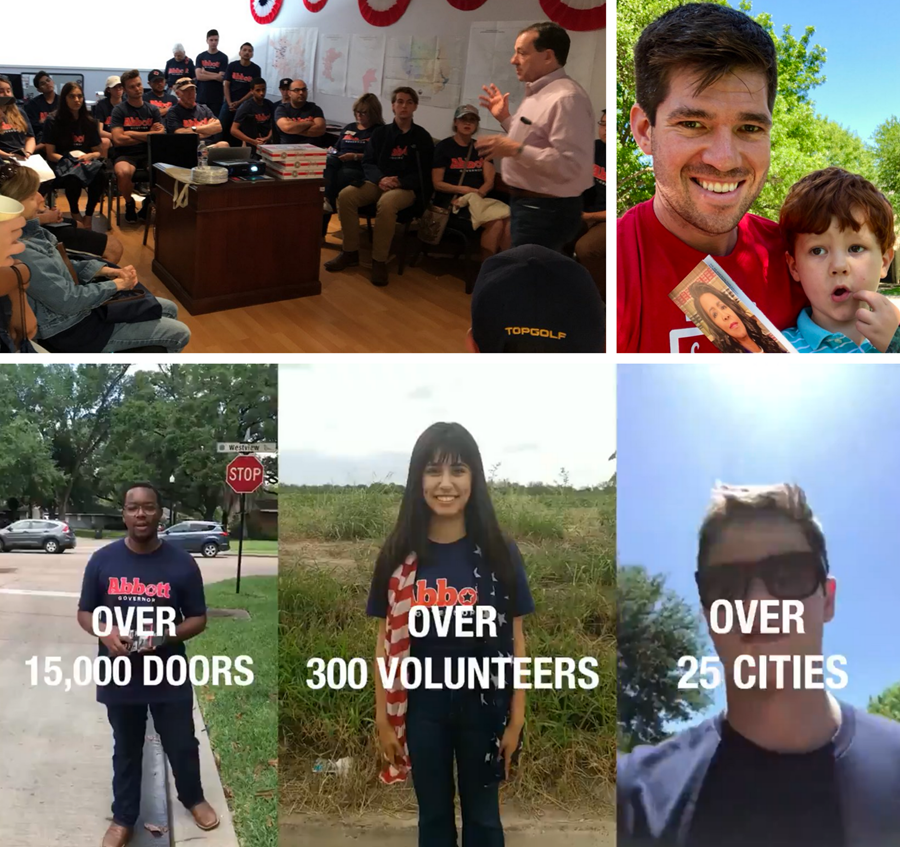 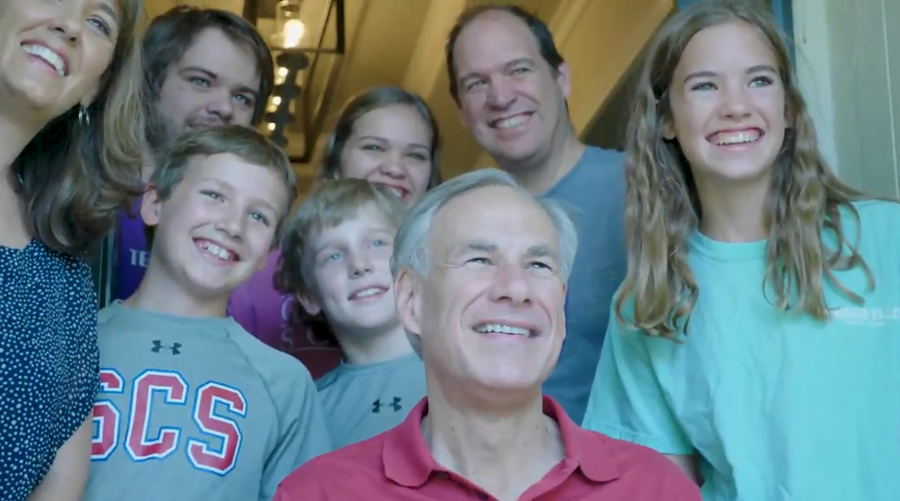 Five weeks from today our convention committees will be in full swing, taking testimony from delegates and alternates and preparing their reports for the State Convention. I certainly hope you will be a part of that important decision process! Find more information about our state convention atwww.texasgop.org/state-convention-2018/.

Here are some helpful items related to convention and upcoming elections:

Also, please join our facebook group for the RPT State convention if you will be attending! CLICK HERE.