“Abolish abortion by enacting legislation to stop the murder of unborn children; and to ignore and refuse to enforce any and all federal statutes, regulations, executive orders, and court rulings, which would deprive an unborn child of the right to life.”

“This year marks the 45th anniversary of the Supreme Court’s Roe vs. Wade decision. More than 50 million abortions have occurred in the US alone since this date in 1973. When will Americans say enough is enough? I am proud to stand with my fellow Texas Republicans firmly on the side of LIFE. The Republican Party of Texas not only affirms the value of innocent life from conception to natural death, we made the abolition of abortion a legislative priority in the state.”

“In this code . . . “Individual” means a human being who is alive, including an unborn child at every stage of gestation from fertilization until birth. . . . “ 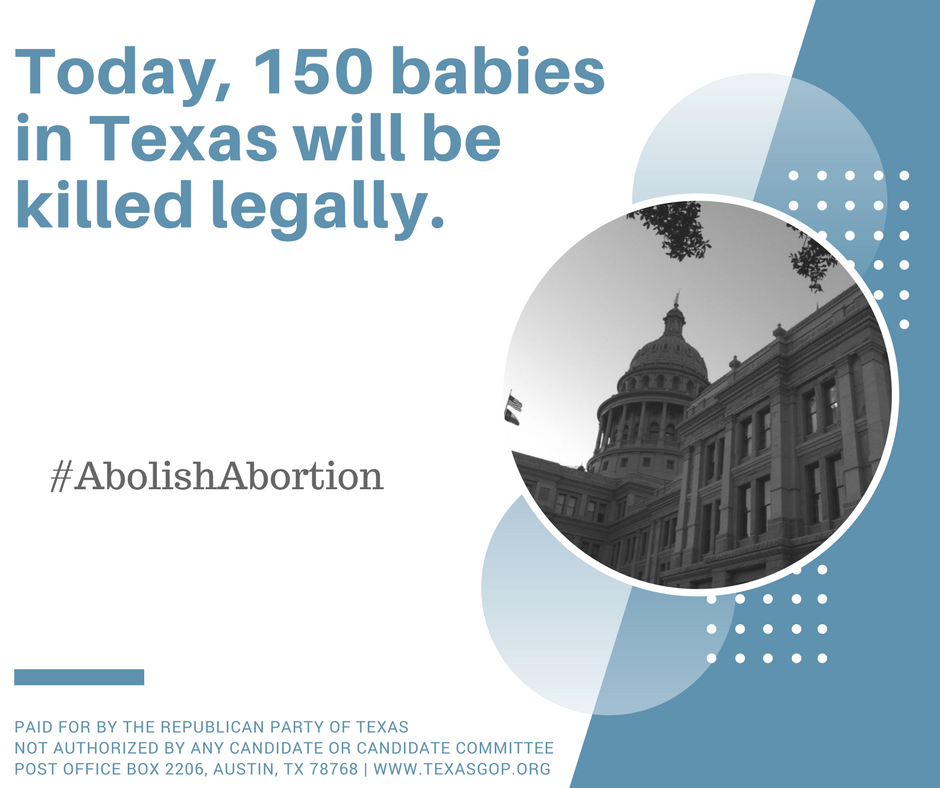 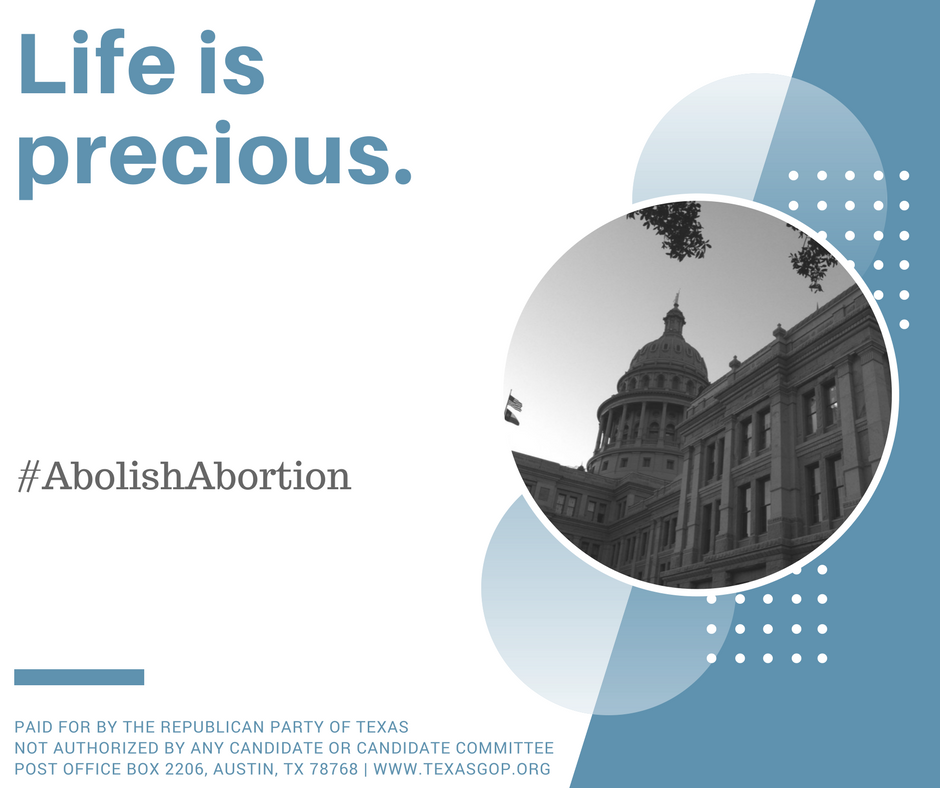 The leading cause of death for babies in Texas is abortion.

Murder is already illegal at every other stage of life. The unborn are not able to defend themselves, and I believe they deserve the same protections afforded to every other person.

The function of government is not to grant rights but to protect unalienable, God-given rights, including the right of life. I call upon the governing authorities in Texas to fulfill this function. A person who injures or kills an unborn child should be subject to criminal and civil litigation — just the same as anyone who violently harmed a child outside of the womb.

I also call on every member of this community to extend compassion and grace to expectant mothers. All human life is precious. Our society should honor, respect, and protect the life of each mother, father, and child — from fertilization to natural death.

Together, we can eliminate abortion as the leading cause of death for babies in our community.