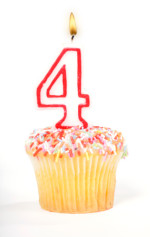 Three years ago, the Republican Party of Texas proudly announced a major milestone, the one year anniversary of the party being completely debt-free for the first time in approximately two decades. Today we are deeply grateful and proud to announce that we have officially tripled that milestone by staying out of debt for four consecutive years.

It was on November 30, 2010 when State Chairman Steve Munisteri ordered that the party was to pay off all outstanding debts the party had incurred in previous years and to continue paying off all liabilities at the end of each and every month. Four years later, under the leadership of Chairman Munisteri, and with the help of thousands of donors and loyal Republicans around the State of Texas, we have not only been able to stay out of debt, but also maintain a minimum cash balance of $500,000 and over the last year, we have managed an average of over $1 million.

State Party Chairman Steve Munisteri commented, “First and foremost, I would like to thank all those that have contributed to our party. With your help, the state party has been able to collect approximately $22 million in revenue since I became Chairman, and we have been able to keep the Party debt free at the end of the 2010, 2012, and 2014 election cycles. We have also been able to maintain our debt free status in off-presidential election cycles as well as presidential cycles, thereby demonstrating that there is no reason for the party to ever be in debt. It is my hope that this accomplishment will convince future Chairmen and SREC members that there is no legitimate reason for the party to ever be insolvent again. The funds that we have received helped fuel robust Victory efforts in each of the last three election cycles, which in turn allowed us to set a record for the amount of Republican officeholders across the state in each of the last three cycles. I look forward to this anniversary being a annual event for years and years to come.”